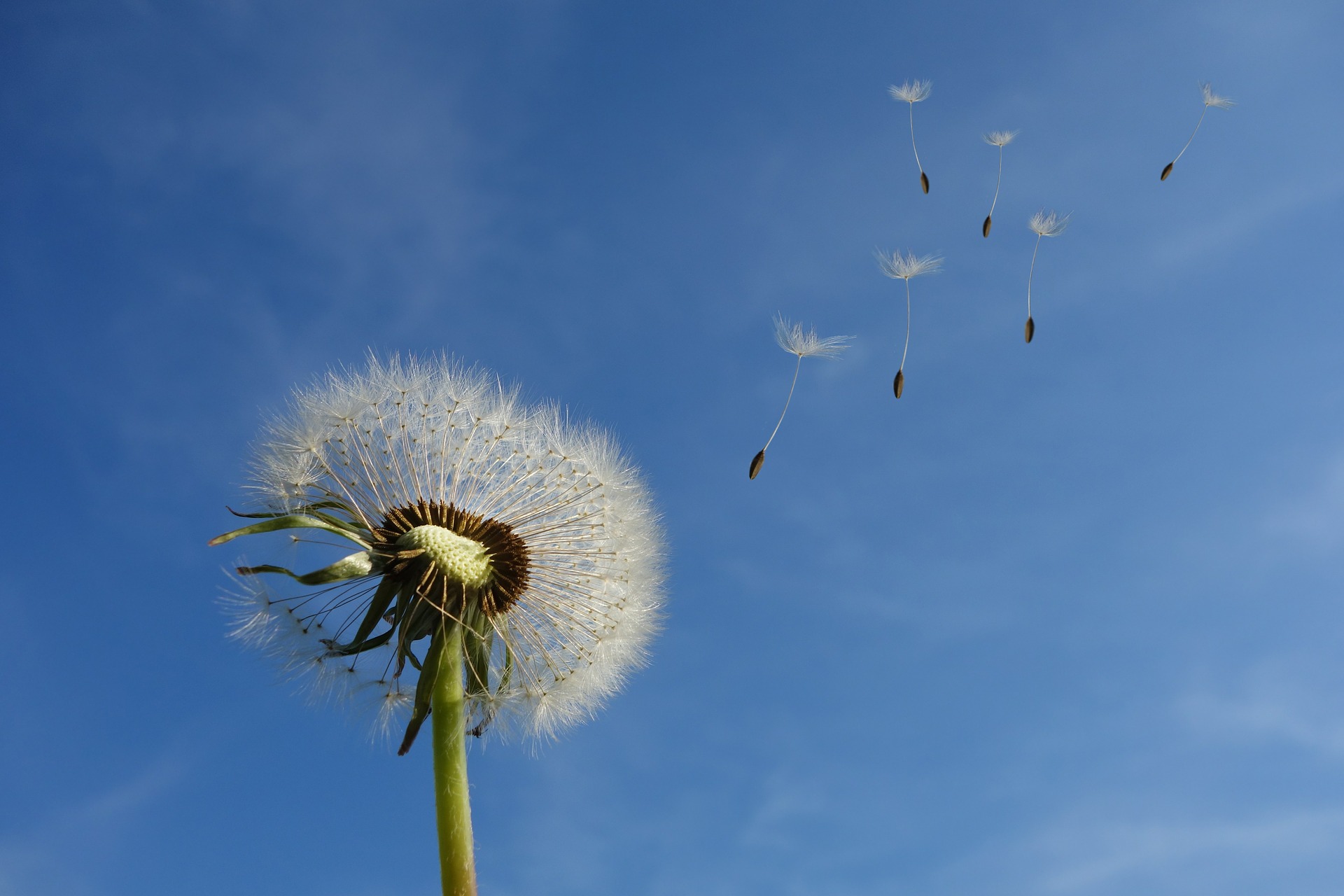 Climate Investment and Finance in the Belt and Road Initiative (BRI): problems and suggestions

This article briefly introduces the status of China’s climate investment and finance in countries along the Belt and Road, analyzes the main problems faced by investors, and puts forward suggestions for improvement.

1. State of China’s climate change projects along the Belt and Road Initiative

Since the launch of the Belt and Road Initiative in 2013, Chinese enterprises have actively invested in projects in countries along the Belt and Road Initiative. To help the countries enhance their capacity of mitigating and adapting to climate change, Chinese companies have carried out a few climate projects. By the end of 2019, China had participated in more than 160 climate projects in countries along the Belt and Road①, involving rail transportation, wind power, solar power, hydropower, biomass power, geothermal and other types of projects. Some of these projects are listed in Table 1. These projects are all over Southeast Asia, South Asia, West Asia, Central Asia, Europe and other regions, not only meeting the infrastructure needs of local residents, improving the living standards of the whole society, but also generating benefits, such as improving social conditions.

Table 1: Some of China’s climate change projects in countries along the Belt and Road Initiative (BRI) (Source: yidaiyilu.gov.cn)

2. Problems in climate change projects in countries along the Belt and Road Initiative

Carrying out climate change projects in countries along the Belt and Road Initiative is accompanied with political, economic, environmental, cultural, religious and many other risks. Accordingly, investors and developers dealing with these risks are confronted with a number of challenges during project implementation. Specifically, the main problems encountered by climate change projects in this region include the coordination between the investing enterprises and the BRI countries, the market competition for the projects, as well as the risk assessment system and financing methods for project investment.

A fundamental objective of the Belt and Road Initiative (BRI) is to promote sustainable economic and social development in this region, mostly by investing infrastructure in countries along the routes. However, China’s investments in the BRI is still concentrated in a few countries, with the number of climate change projects accounting for less than one tenth of the total, and the number, scale and types of mature projects remaining underdeveloped. In the future, when selecting projects in BRI countries, Chinese enterprises should not only focus on economic benefits, but also take the social and environmental effects of the projects in the host countries into consideration, so as to match the countries’ infrastructure needs in addressing climate change.

While the BRI is a Chinese initiative, countries of the BRI are also seeing investments from other countries. Countries such as the US, Russia, Japan, European Union and India also have various cooperation and investment initiatives, with many countries also having their own infrastructure development strategies. The active participation of more and more investors has increased competition for projects in BRI countries, leading to potentially underbidding with a potential risk of corruption with negative consequences for environmental and climate considerations and possibly also project quality.

Since the initiative was launched, Chinese enterprises have experienced many failed investments along the Belt and Road Initiative. Difficulties are found in the process of project implementation, such as project suspension or budget overrun, leading to negative impact on their investment income.

In 2010, during China Railway Construction Corporation (CRCC)’s implementation of Saudi Mecca light rail project, the project owner frequently modified the original design, not only putting forward new functional requirements, but also significantly increasing the capacity demand, leading to a sharp increase in project workload and cost. CCER suffered a loss of 4.153 billion RMB, setting a record for losses in China’s overseas projects.The fundamental reason for this is lack of reasonable estimation of the project difficulty level and related costs at the early stage, and lack of careful analysis of the contract and specific terms, which led to frequent changes in the project. In order to ensure the effective implementation of more climate change projects in BRI countries, the existing risk assessment mindset, assessment framework and assessment tools need to be improved and optimized. At the same time, a dispute resolution mechanism as well as an overseas investment protection mechanism should be established as soon as possible.

Large demand for investment, yet limited methods of financing

In the context of international cooperation, the development needs of countries along the Belt and Road come not only from the construction of major infrastructure projects, but also from the need to address climate issues. It is estimated that in order to meet the Paris Agreement’s goal of a global temperature increase of no more than 2 degrees Celsius, the Belt and Road countries will need US$11.8 trillion in green investment by 2030. (vi)

3. Recommendations for investors of climate change projects along the Belt and Road Initiative

1. Scaling up investments in clean energy

In the process of investment in climate change projects in BRI countries, local ecological conditions should be fully taken into account at the initial stage, and priority should be given to developing projects with high income stability and environmental benefits. BRI are abundant in renewable energy resources and have large potential for development. Investment in clean energy along the Belt and Road should be scaled up to give full play to the huge energy advantages of these countries, which can ensure the projects’ climate effect and also solve the problem of insufficient energy supply in the countries along the routes. It is suggested that Chinese enterprises make use of their technological advantages to help the countries develop renewable energy power generation projects, which are currently still difficult for these countries to complete.

Chinese enterprises should develop different investment and financing strategies according to the characteristics of different BRI and improve the risk assessment mechanism in advance of the investment to protect the legitimate rights and interests of Chinese enterprises and mitigate risks during the process. For projects that have already encountered interest disputes, it is recommended to make flexible use of consular protection, overseas security and other dispute resolution tools such as international arbitration, international commercial courts and relevant international treaties, to protect the legitimate interests of Chinese enterprises. It is suggested that a protection mechanism should be gradually established for climate investment and financing along the Belt and Road, to provide effective protection for relevant activities.

Under the framework of debt financing, it is recommended that Chinese enterprises can try to make loans from international financial institutions and expand their scale of financing by leveraging the financing and risk control capabilities of foreign financial institutions. Besides, Chinese enterprises can also directly issue bonds to finance the projects. Some enterprises have already issued Belt and Road green bonds, which have been actively subscribed in the market. When developing higher-risk projects, they can try to finance their operation through loans at the early stages and refinance later through bonds to replace the loans. Through the above methods, enterprises can operate more flexibly and constantly seek a more appropriate debt financing method.

4. Make use of equity financing

In addition to debt financing, the role of equity financing should also be appropriately brought into play, so as to improve the capital structure of the investing entities, attract more capital investment and support subsequent debt financing. Enterprises can consider packaging their existing assets and projects, and raise funds through public offerings. Or they can also seek investment from international long-term investment funds, thereby attracting more investors and improving their projects’ financing capability and operational sustainability.

Huixin Liu is a research fellow at the Climate Finance Center at IIGF. With her research focus on climate finance and carbon finance, she has been working on research projects with Chinese ministries and international institutions. She holds a master’s degree in Business Administration from the Justus-Liebig Universität Gießen, and two bachelor’s degrees in German Language Studies and Finance from the University of International Business and Economics. She is a CFA Level 3 Candidate and has many years of experience in the securities and consulting industry. 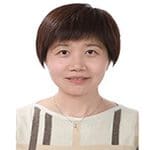 Ying Cui is a Senior Research Fellow of the RCCEF (Research Center for Climate and Energy Finance) and is in charge of the Climate Finance Department and Carbon Finance Lab at the International Institute of Green Finance (IIGF).

She holds a master degree in environmental engineering from Queen's University Belfast, UK. Her major research areas are Carbon Markets and Climate Finance. She has more than 13 years of working experience in the field of climate change. Before joining IIGF, she was the Technical Director of EDF Trading China, conducting the development and management of more than 100 energy saving and emission reduction projects. She also developed the CDM methodology for waste incineration and successfully registered the 1st coal mine methane utilization CDM project and the 1st LNG power generation CDM project with the UNFCCC. She is the author of China ETS Development Report, China Environmental Rights Market Report and since 2016, she compiles the annual China Climate Financing Report.