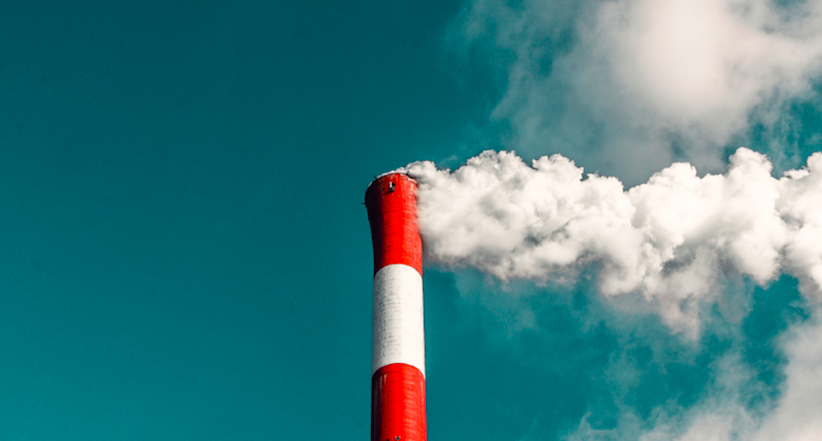 The emissions trading system (ETSs) is currently one of the market-oriented tools adopted globally to control greenhouse gas emissions. On the basis of the construction of the regional ETS, harmonization is an important direction for future development in order to make the system more effective. Against the backdrop of the upcoming official launch of China’s national ETS, the International Institute of Green Finance (IIGF) and the German Konrad-Adenauer Foundation jointly released the research study “Potential Harmonization of Emission Trading Systems (ETS): China and Southeast Asia.” By analyzing ETS harmonization cases, the study aims to sort out the necessary conditions for carbon market harmonization, summarize the development of China and Southeast Asia’s ETSs, and discuss the possibility and future direction of ETS harmonization in various countries. This article briefly introduces the main research findings from the report.

1. The necessity and feasibility of harmonizing carbon markets

Based on case studies and literature review of the ETS harmonization in Norway and the European Union, Switzerland and the European Union, Quebec and California, and the Regional Greenhouse Gas Initiative (RGGI), the study summarizes the key factors affecting the success of the carbon market harmonization. The report has also established a framework to analyze the feasibility of harmonization between the ETS in country/region A and country/region B, as shown in figure 1.

1. Domestic environmental ambition: the determination of relevant countries or regions to deal with climate change. It is mainly reflected in the emission reduction commitments or carbon-neutral commitments made by various entities through Nationally Determined Contributions (NDC) or other means, in particular, the sustainability of the commitments, and the urgency of the commitment.

2. Relationship between linking partners: for example, whether the two parties belong to the same political alliance or economic alliance, have signed relevant trade agreements and joined certain environmental initiatives.

3. ETS robustness: whether there is a clear designation of authorities with regulators, whether relevant legislation is sound, and whether the Measurement, Reporting and Verification (MRV) systems and the accounting rules are robust.

2. The development of the carbon market in China and Southeast Asian countries

At present, China’s national carbon market has entered the final stage of preparation before trading. Ministry of Ecology and Environment (MEE) have issued the “Implementation Plan for the 2019-2020 National Carbon Emissions Trading Quota Setting and Allocation (Power Generation Industry)”, “Administrative Measures for Carbon Emissions Trading (Trial Implementation)” and “Interim Regulations on Carbon Emissions Trading (Revised Draft)”  and other relevant documents. According to these documents, MEE will be the primary authority regulating the national carbon market to be launched, covering the carbon dioxide emissions of fossil power generation and heating industries. At the early stage, benchmark law will be applied to determine the emissions of each key emission unit, which sum up to be the total amount of national emission quotas. In addition, the initial allocation of allowances will be free, while the national certified voluntary emission reductions will be allowed to offset the carbon emission allowances, and the offset ratio shall not exceed 5% of the amount that should be paid. The related mechanism design is shown in the table below:

Southeast Asian countries adjacent to China are also experimenting with the construction of carbon markets as one of the tools to achieve their nationally determined contributions:

Two crucial factors influence a country’s climate ambition: on the one hand, the urgency of climate risks, on the other hand, the impact of actions against climate changes on national economic development. The Southeast Asian countries studied in this article are all vulnerable to climate change. Due to the characteristics of a coastal and diverse ecosystem, these Southeast Asian countries are vulnerable to extreme climate risks such as floods, droughts, and sea-level rise, and, therefore, these countries have comparatively strong climate ambitions. Similarly, facing significant climate risks, China has already promoted relevant plans and legislation and is about to launch the largest carbon market globally, pioneering in addressing climate change and showcasing its firm determination to tackle climate change.

However, when comparing the nationally determined contributions set by China and Southeast Asian countries, due to each country’s different economic development stages and development characteristics, China’s emission reduction targets are measured by the carbon emission intensity index of carbon dioxide emissions per unit of GDP, and the baseline value is the carbon emission intensity in 2005; while Southeast Asian countries all use the absolute value of greenhouse gas emissions as an indicator, and the baseline value is selected according to the assumption under the “business as usual” (BAU) scenario. Differences in climate change targets still exist, and the resulting different emission reduction paths will lead to difficulties in matching emission reduction targets, which created challenges for all parties to coordinate their goals at the starting point.

2. Close but complex ties between China and ASEAN countries

The communication between Southeast Asian countries and China is often carried out by the Association of Southeast Asian Nations (ASEAN). China and ASEAN have close economic and trade relations, which lays out a foundation for cooperation and development in the context of the globalization of future work to tackle climate change. As early as 1991, China and ASEAN countries established cooperative relations, signed the “China ASEAN Comprehensive Economic Cooperation Framework Agreement” in 2002, and formally established the China-ASEAN Free Trade Area in 2010. At present, China has been ASEAN’s largest trading partner for eleven consecutive years, and ASEAN has replaced the EU as China’s largest trading partner in the first half of 2020. In November 2020, China and ASEAN jointly signed the regional comprehensive economic partnership agreement with Japan, South Korea, Australia, and New Zealand, which further consolidated the bilateral trade relationships. Additionally, the close ties between China and ASEAN are also reflected in other fields such as politics, security, and the environment, such as the China-ASEAN Environmental Protection Cooperation Strategy and the China-ASEAN Environmental Protection Cooperation Strategy. “China-ASEAN Environmental Cooperation Action Plan” and other cooperation agreements have laid a foundation for the future ASEAN-China cooperation in the carbon market.

However, although all parties have maintained good cooperation in general, geopolitical, economic, and trade issues are complex and changeable. It is still necessary to continue to pay attention to international issues such as the South China Sea dispute, which has become a constraint among all parties on the recent cooperation to address climate change.

3. The infrastructure for ETS harmonization needs to be improved

Huixin Liu is a research fellow at the Climate Finance Center at IIGF. With her research focus on climate finance and carbon finance, she has been working on research projects with Chinese ministries and international institutions. She holds a master’s degree in Business Administration from the Justus-Liebig Universität Gießen, and two bachelor’s degrees in German Language Studies and Finance from the University of International Business and Economics. She is a CFA Level 3 Candidate and has many years of experience in the securities and consulting industry.