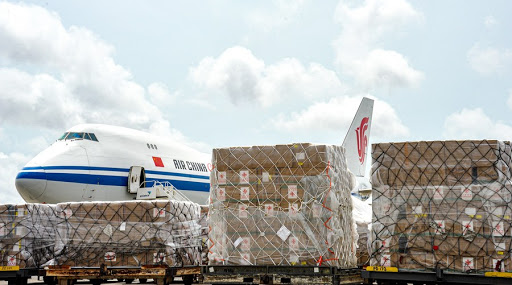 On January 10th, the State Council Information Office (the administrative office under the State Council) published the White Paper on “China’s International Development Cooperation in the New Era” (中文版本). In 8 chapters, the paper summarizes China’s recent engagement in (generously) providing development assistance (intermixed with its overseas economic engagement) and lays out China’s strategy and areas of future development assistance.

Highlights of the White Paper

Some highlights that the document emphasized include:

Some highlights that the document could have strengthened:

Short Overview of the White Paper

In Chinese tradition, the White Papers starts out by emphasizing how China “has always demonstrated a spirit of internationalism and humanitarianism” and how China’s domestic and international engagement is shaped by President Xi Jinping in a new era after the 18th National Congress of the Communist Party of China in 2021.

The White Paper – unsurprisingly – promises development based on shared interests, mutual benefits and inclusiveness. It highlights the “cultural and philosophical origins” of Chinese contribution “in a new era and a global community of shared future”:

In order to “maintain the reputation and credibility of China-aid projects”, China supports overseas development by providing “operation of completed projects (…) and the integration of investment, construction and operation”. This can be interpreted as China’s focus on exporting domestic industries and experiences and taking full ownership in overseas (assistance) projects. While the White Paper later also states that “it is better to teach how to fish, than to provide the fish”, the concept of development by provision of infrastructure through a closed Chinese eco-system has been re-iterated in the White Paper at several points.

The White Paper emphasizes a number of cooperation mechanisms, such as the Forum on China-Africa Cooperation (FOCAC) or the Shanghai Cooperation Organization, which are pre-dominantly focused on economic cooperation rather than development assistance in a more traditional sense. This mixture of aid versus economic cooperation is also highlighted in the chapter on the “steady growth” of “foreign aid”. The White Paper showcases how China allocated RMB270 billion for foreign assistance in three categories between 2013 and 2018: grants (RMB 127.8 billion), interest-free loans (RMB11.3 billion) and RMB131.1 billion in concessional loans. This “foreign aid” went to public facilities (e.g. hospitals), infrastructure (e.g. electricity and small hydropower) and agriculture – some of which might be gifts by China, some of which should be labelled “economic investments”.

A big portion of the White Paper is dedicated to China’s overseas engagement strategy “Belt and Road Initiative” (BRI). It elaborates China’s overseas assistance along the BRI’s five dimensions:

The White Paper also highlights China’s ambitions of green development cooperation. In fact, this is one of the longest chapters in the paper.

Within green development cooperation, the paper stresses how China invested in clean energy (the White Paper luckily did not include “clean coal” as clean energy), biodiversity protection, climate change mitigation and adaptation, curbing desertification, as well as conserving marine and forest resources.

To support China’s overseas development ambitions, the White Paper also highlights the possibility for tripartite cooperation, under the condition that China is regarded as a developing country rather than as a developed country – which allows it to take on different standards and responsibilities. Under this tripartite cooperation, the White Paper also stresses the possibility to promote co-financing.

For China’s future ambitions for development assistance, the White Paper emphasizes a focus on health in the aftermath of COVID-19. The White Paper also stresses that China hopes to “integrate its responsibilities in building the Belt and Road” and promoting the implementation of the UN2030 agenda (the direction of integration was left somewhat ambiguous).

Finally, the paper also stressed China’s desire to improve lives and share happiness in the future! Maybe China’s support to “increase sports competitiveness” by sending table tennis and badminton coaches to Uruguay, Samoa, Myanmar and Cambodia is part of that happiness. Without a doubt – the World needs more of that!