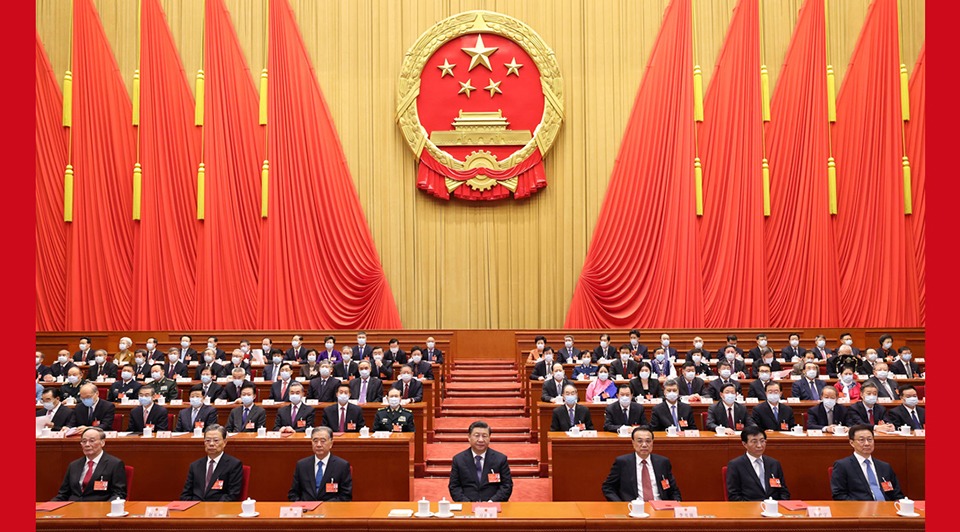 China’s “Two Sessions” 2022 – what it means for economy, climate, biodiversity, green finance and the Belt and Road Initiative (BRI)

From March 4 to March 11, 2022, the “Two Sessions” were held in Beijing. The Two Sessions are the annual meetings of the two main political bodies of the People’s Republic of China: the National People’s Congress (NPC), and the Chinese People’s Political Consultative Conference (CPPCC).

The Two Sessions provide a good indication of China’s heading and priorities in relation to its economy, diplomacy, society, trade, climate and environment.

In summary, the Two Sessions re-emphasized China’s priority of economic stability and focused less on climate action. This has been an ongoing theme for several years – I had written about this priority on economic growth for example after the Two Sessions in 2020 in the business newspaper Caixin and after the publication of the 14th Five-Year Plan in 2021.

What was surprising for this year’s outcomes is the (possibly over-) ambitious GDP growth target of 5.5% in 2022, which will require much government financing, possibly in infrastructure with negative consequences for environment.

The elephant in the room that did not see much public recognition was the war in Ukraine and its potential impacts on China and on the Belt and Road Initiative.

In this article, we present and analyze some of the main outcomes of the meetings related to:

According to the Work Report delivered by China’s Premier Li Keqiang, China’s economy in 2021 grew by 8.1% (beating most expectations). Ensuring economic stability will be the “top priority” for the government in 2022, according to the Government’s Work Report.

This will require substantial government spending, and strong efforts to boost the struggling private sector.

Government spending growing. Financing China’s GDP growth will strongly rely on fiscal spending. While the deficit rate is said to be limited at 2.8% of GDP, the central government’s expenditure will increase by 3.9%. The central government plans to increase transfer payments to local governments by 18% to RMB 9.8 trillion (about USD 1.5 trillion). In addition, about RMB 3.65 trillion (about USD 600 billion) of special bonds will be arranged for local governments – the same amount as in 2021 and equivalent to 3% of China’s 2021 GDP (as a comparison, the EU’s Next Generation recovery plan was valued at EUR 750 billion over several years). The use of these funds has not been clearly laid out: they will “support ongoing projects, begin construction on major projects and new types of infrastructure”.

Support for small businesses. Tax and fee reductions, for example VAT exemptions or reduction in corporate income taxes, worth more than RMB 7.6 trillion (about USD 1.1 trillion) were promised in order to support manufacturing, small and low-profit enterprises and self-employed businesses, provide cash flow support to enterprises and promote consumption and investment.

Energy – “establish the new before abolishing the old”. After energy outages in 2021 (mostly due to high coal-prices and under-utilization of existing coal-fired power plants, rather than due to lacking capacity), China “will step up petroleum, natural gas and mineral exploration and development”, upgrade coal-fired power plants (i.e., “make them cleaner”), and provide “preferential policies on electricity use for industries which are experiencing particular difficulties”. The liberalization of the electricity market, which is a foundational building block of the green energy transition, was not strongly featured.

Finance – “lower interest rates”. The Government Work Report emphasized that financial institutions should lower real loan interest rates, cut fees and provide financing for small and micro-enterprises (albeit acknowledging that there is work to do for financial institutions to provide such loans due to lack of collaterals of many of those enterprises)

Climate protection in the form of China’s “dual carbon goals” (namely, reaching its carbon emission peak before 2030 and become carbon neutral by 2060) was generally re-affirmed during the meetings. Importantly, Li Keqiang highlighted China’s ambition to transition from relative emission targets (such as emissions per unit of GDP) to absolute emission targets.

Yet, with the first goal-post of the dual carbon goals in the year 2030 being 8 years away, China’s emphasis was to ensure energy security “based on our resource endowment” – which is coal, with the mantra of “establishing the new before abolishing the old”. Within these boundaries, the government proposed measures to improve energy efficiency, including those of coal-fired power plants, while at the same time promoting renewable energy. This included ambitions to:

Officials highlighted that a combination of short-terms and long-term policies should be used to promote the green and low-carbon transformation of the economy and that three points are crucial:

Regarding this last point, Zhou Jianmin, a member of the CPPCC National Committee and Vice Chairman of the CPPCC of Jiangsu Province, considers that two major issued must be addressed: the lack of understanding of concepts and methods related to climate and environmental risk management, and the existing barriers to its practical application.

The government also emphasized the importance of international cooperation, as well as the of integrating domestic and international sustainable development policies and standards.

The Two Sessions highlighted the importance of biodiversity conservation as a prerequisite for the harmonious coexistence of man and nature.

The Central Committee for Democratic progress suggested to:

A particular focus in the work plan and the budget plan for ecosystem protection is the restoration of the Yangtze River basin.

The budget plan allocates RMB 99.2 billion (about USD 16 billion) for key ecosystem service zones and RMB 17 billion for “special funds for ecological protection”. Furthermore, the Kunming Biodiversity fund will be set up.

China’s green transition is inextricably linked to green finance. According to Wu Gang, a member of the National Committee of the CPPCC and Chairman of Xinjiang Goldwind Science & Technology, the green finance industry has been highly valued by the government, which provides important financial support for the development of the renewable energy industry and supports steps towards the “dual carbon” target. It is estimated that RMB 3-4 trillion of green investment is needed annually to achieve the country’s carbon peak by 2030 and the carbon neutrality target by 2060.

China’s green finance development continues to accelerate (in January 2022 the number of green bonds issued was four times that of the same period in 2021).

At the same time, delegates highlighted their ambitions for further developing China’s green financial system. According to the Research Bureau of the Central Bank, to Li Minbin, a member of the National Committee of the CPPCC and co-CEO of the Bank of East Asia and to external observers, and to Hu Xiaolian, a member of the Standing Committee of the CPPCC and Chairman of the Export-Import Bank of China, China’s green financial system should strengthen its work in terms of:

Discussions during the Two Sessions emphasized the importance of unifying green finance standards, as the coexistence of different standards (both locals and international) makes it more complex to protect the rights and interests of market participants. Currently various standards coexist in China, for instance green credit standards issued by the China Banking and Insurance Regulatory Commission, different green bond standards issued by the People’s Bank of China, the National Development and Reform Commission and the China Securities Regulatory Commission, and green standards set by local governments.

Investments in the Belt and Road Initiative did not play a central role in the Government Work Report, as only one paragraph highlights China’s ambition to promote high-quality cooperation while “effectively guarding against overseas risks”.

However, international trade, including within the BRI, was more heavily featured: Li Keqiang emphasized the construction of new land and sea corridors in the West and to expand the coverage of export credit insurance for small and medium-sized foreign trade enterprises.

The BRI was given prominence on other days: for instance, Wang Yi, China’s Foreign Minister, Wang Yiming, Professor at the School of International Relations and Director of the Institute of International Affairs at Renmin University of China, and Zhan Chunxin, a member of the National Committee of the CPPCC, highlighted how, despite the impact of COVID-19, the Belt and Road Initiative has “maintained a good momentum” through trade and the completion of projects, such as the China-Laos railway or the new port of Haifa in Israel.

With China’s announcement in September 2021 to not build new coal-fired power plants overseas, Hu Xiaolian, a member of the Standing Committee of the National Committee of the CPPCC and Chairwoman of the Export-Import Bank of China (Exim Bank), said in an interview that the Exim Bank would no longer provide financing support for new overseas coal power projects. But, Exim Bank would provide financing for completed overseas coal power projects, if these projects had energy-saving and carbon-reducing technology transformation and upgrading needs.

Hu Xiaolian further emphasized that the Exim Bank would increase its support for green projects such as clean energy and ecological protection, and would pay more attention to the construction of “small and beautiful” projects that benefit people’s livelihood.

Hu Sishe, a member of the Standing Committee of the CPPCC proposed three directions to strengthen international cooperation along the BRI: sub-national cooperation, exchanges and cooperation through cultural brands (especially between China and Europe), and cooperation with non-governmental friendship organization.
Zhang Shuibo, a member of the National Committee of the CPPCC, Vice Chairman of the Tianjin Municipal Committee of the Democratic Progressive Party and Professor of the Department of Management and Economics of Tianjin University, pointed out that the conflict between Russia and Ukraine will have an impact on the Belt and Road Initiative in terms of security of overseas investments, and recommended to focus on the safe management of complex political economic and social challenges and to enforce a high-quality development strategy. 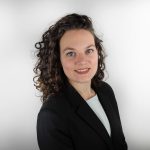 Elodie Cardonnet was a researcher at the Green Finance & Development Center. She works in the field of sustainability and creates daily content for the Center's LinkedIn page.