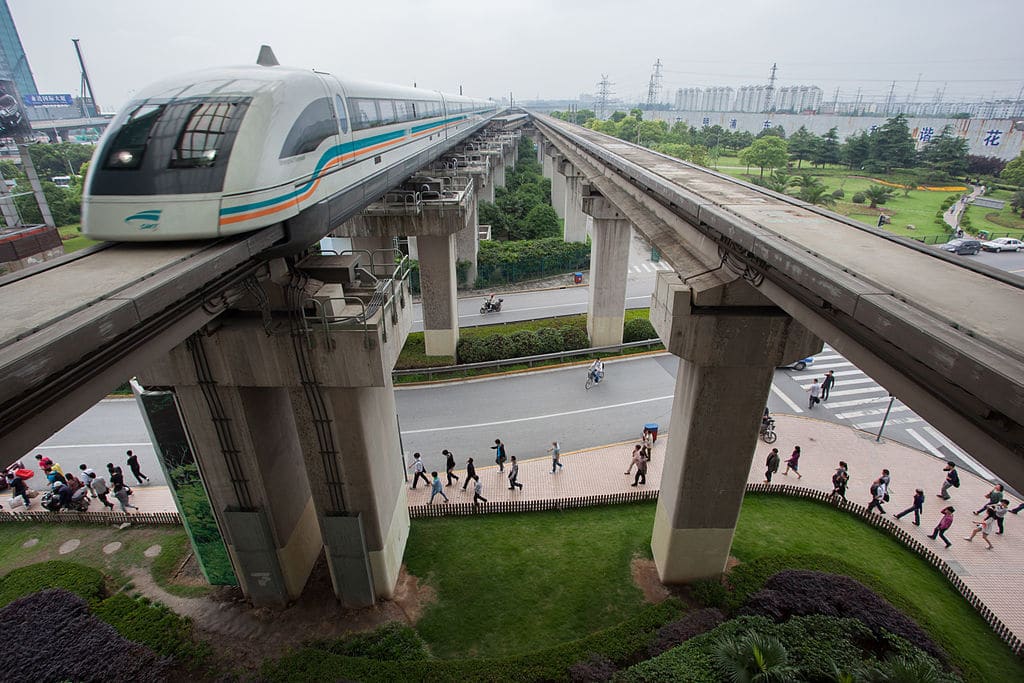 Here we provide a short summary of the sustainable urban transport paper. The full report can be found for download on the EU site and here.

中文的文章: 中欧合作支持“一带一路”绿色城市交通发展。 The Chinese version of this article can be found here.

EU-China cooperation in the Belt and Road Initiative

Announced in 2013, the Belt and Road Initiative aims to strengthen China ’s connectivity with the world. It combines new and old projects, covers an expansive geographic scope, and includes efforts to strengthen hard infrastructure, soft infrastructure, and cultural ties. In April 2020, the Initiative included 138 countries with a combined Gross Domestic Product of almost $30 trillion and around 4.5 billion people. Supporting a diverse array of initiatives that enhance connectivity throughout Eurasia and beyond could serve to strengthen China ’s economic and security interests while bolstering overseas development.

The commitment to monitor and implement green BRI initiatives has been put forward from the inception of the BRI. At the first Belt and Road Forum in Beijing in May 2017, President Xi Jinping noted that, “In pursuing the Belt and Road Initiative, we should focus on the fundamental issue of development, release the growth potential of various countries and achieve economic integration and interconnected development and deliver benefits to all.”

As one of the major trading and investment partners in BRI countries, the European Union (EU) has put forward a number of programs to support the sustainable and green development of BRI projects including sustainable urban transport, sustainable urbanization and sustainable industrialization. At first sight, China’s and the EU’s different approaches seem to lead to competition. Yet, China’s BRI and the EU’s new connectivity strategy also entail complementary aspects that might encourage greater cooperation. Within the current rising trend of protectionism and the raising of individualism, China and the EU provides a link between the world‘s second and third largest economies, as well as with the wider area of East Asia, indeed the most dynamic region in the world. China and the EU can also use the BRI as a platform to contribute to solving present regional issues and security challenges, thus filling the gap of leadership and offering solutions in global governance.

To avoid this development path and achieve the Paris Climate Accord, strategic and tactical cooperation on developing green urban transport systems in BRI cities is paramount. European and Chinese cooperation plays a particularly significant role in this regard: firstly, BRI cities lie at the heart of both Chinese and European interests as most BRI corridors connect Asia and Europe. Secondly, transport technologies and transport-related industries are highly relevant for Chinese and European economies. As transport technologies are currently undergoing a tremendous change, e.g. through electrification, automation, digitalization, and new forms of sharing (enabled by digitalization), cooperation on research, standards and fair market access between European and Chinese stakeholders is crucial. Thirdly, fighting climate change through improved and greener transport is in the core interest of the European and Chinese stakeholders.

Achieving the transition to a green transport system in BRI cities requires massive investment of 0,4% to 0,6% of the involved nation’s GDP in both hard infrastructure and capacity building. Efficient investment and capacity building can only be achieved in coordination with the involved partners. To achieve a green urban transport development in BRI cities, European and Chinese stakeholders at different levels should strengthen their cooperation and mutual learning in three areas:

The challenge in realizing these relatively obvious cooperation pathways are the complex dynamics in the development of urban transport. For one, China is a relative newcomer on the international development and cooperation space and has widened and deepened its international footprint quickly. Since its inception only in 2013, the BRI has not only seen effective and less-effective activism, but also significant Chinese transport-related investment of 164 billion USD. This makes China an increasingly important partner for many BRI countries and cities, while traditional development partners, such as European stakeholders, need to adapt to a new and possibly diminished role. Secondly, transport technologies are developing rapidly and have the potential to change mobility behaviors as fast as during the introduction of motorized transportation at the beginning of the 20th century. The consequences on people, freight and transport planning of automation, shared mobility and the digital revolution are not yet understood, while the speed of development is equally overstated and underestimated. Thirdly, global political and economic developments are all but predictable. With old forms of global governance possibly diminishing in importance, while new forms of governance are welcomed by China and other countries, uncertainty of long-term prospects is increasing.

The emission mitigation potentials for urban transport in all three scenarios vary significantly: the Ecological Civilization scenario has the potential to reduce 25% more emissions than the Development at Different Speeds scenario, while at the same time investments in the first scenario are about 25% lower compared to the Development at Different Speeds.

Creating green urban transport in BRI cities is a paramount challenge. China and Europe can work together to enable and accelerate a development that is supporting BRI cities to leapfrog from brown mobility to green mobility. The BRI should be used as an opportunity to strengthen cooperation between China and Europe along the shared goals, to which protecting the environment and the climate count.

China has reached out to many European countries and the European Union to strengthen cooperation along the Belt and Road Initiative. The European Union has agreed to “forge synergies between China’s Belt and Road Initiative and the EU strategy on Connecting Europe and Asia, as well as the EU Trans-European Transport Networks” in their join statement after the April 2019 China EU Summit.

Accordingly, the following recommendations should help improve the cooperation between China, the BRI countries and European countries/the European Union in supporting green urban transport in BRI cities. Against the backdrop of providing urban transport that contributes to economic development, allows for people and goods to move safely, reliably, inclusively, low-carbon, affordably and efficiently, the following areas of cooperation should be considered and strengthened:

A green development of urban transportation in BRI countries is all but certain, yet it is possible thanks to technological developments. While China and Europe have agreed to work together for sustainable and green development, e.g. within the Paris Agreement, competing technological and economic interests of industrial stakeholders paired with a lack of capacity in BRI cities and lack of finance for capacity building has the potential to lead to unsustainable and uncoordinated transport development in BRI cities.

In order to find coordination and cooperation mechanisms for Chinese and European players as well as BRI cities, all sides need to be aware of the dynamics and different interests at play. Chinese stakeholders including the Chinese government ministries have set up coordination mechanisms to discuss finance and development governance among BRI countries, investors and cities (e.g. BRI International Green Development Coalition (BRIGC), BRI Green Investment Principles). These coordination mechanisms currently often exist in parallel to existing Western-driven institutions for sustainable development and sustainable urbanization (e.g. Equator Principles for Investment, C40 city alliance).

With support from Chinese policy banks and financial institutions (e.g. CDB, China Exim Bank, ICBC), Chinese companies have the potential to accelerate export of these technologies to BRI cities ‒ often with “no strings attached” to safeguard the host-country principle.

European stakeholders from different European governments and their ministries have strategies that are not always aligned on the national and European levels: While most development institutions push for sustainable urban transport development that comes with conditionality for the host countries and host cities, many investment and development institutions (e.g. the German KfW, the French AFD) might also have to fulfill specific national mandates. At the same time, European institutions (e.g. EIB or EBRD), invest within European strategies and European private companies are interested in finding new markets for their products. This makes cooperation with European stakeholders for BRI countries often more challenging and slower than with Chinese counterparts.

New frameworks, such as the EU-Asia Connectivity Platform, should provide for better coordination mechanisms (with both a regional and a bilateral approach) between the EU and BRI countries and cities. Regarding the cooperation between European and Chinese stakeholders for green urban transport in BRI cities, more trust that goes beyond a transactional relationship needs to be built. This trust needs to weather dynamic and challenging settings, such as the fast development of transport technology paired with the urgent need to reduce emissions from urban transport.

In practice, this means that Chinese and European stakeholders should focus on the interests of BRI cities to contribute and profit from the development potentials in urban transport and ensure the sustainability thereof. China and Europe must strive to work together more closely on the political, financial and technological levels while ensuring that BRI countries and cities are fully integrated into the decision-making processes. This will allow for the strengths and needs of the different regions to be better utilized and understood: Chinese current experiences in relatively cheap and fast infrastructure construction, access to finance and “relatability” for local BRI governments as “brothers in non-developed countries”; European strengths in planning, quality standards, stakeholder integration and governance; local expertise in transport requirements and failed previous attempts of investments.