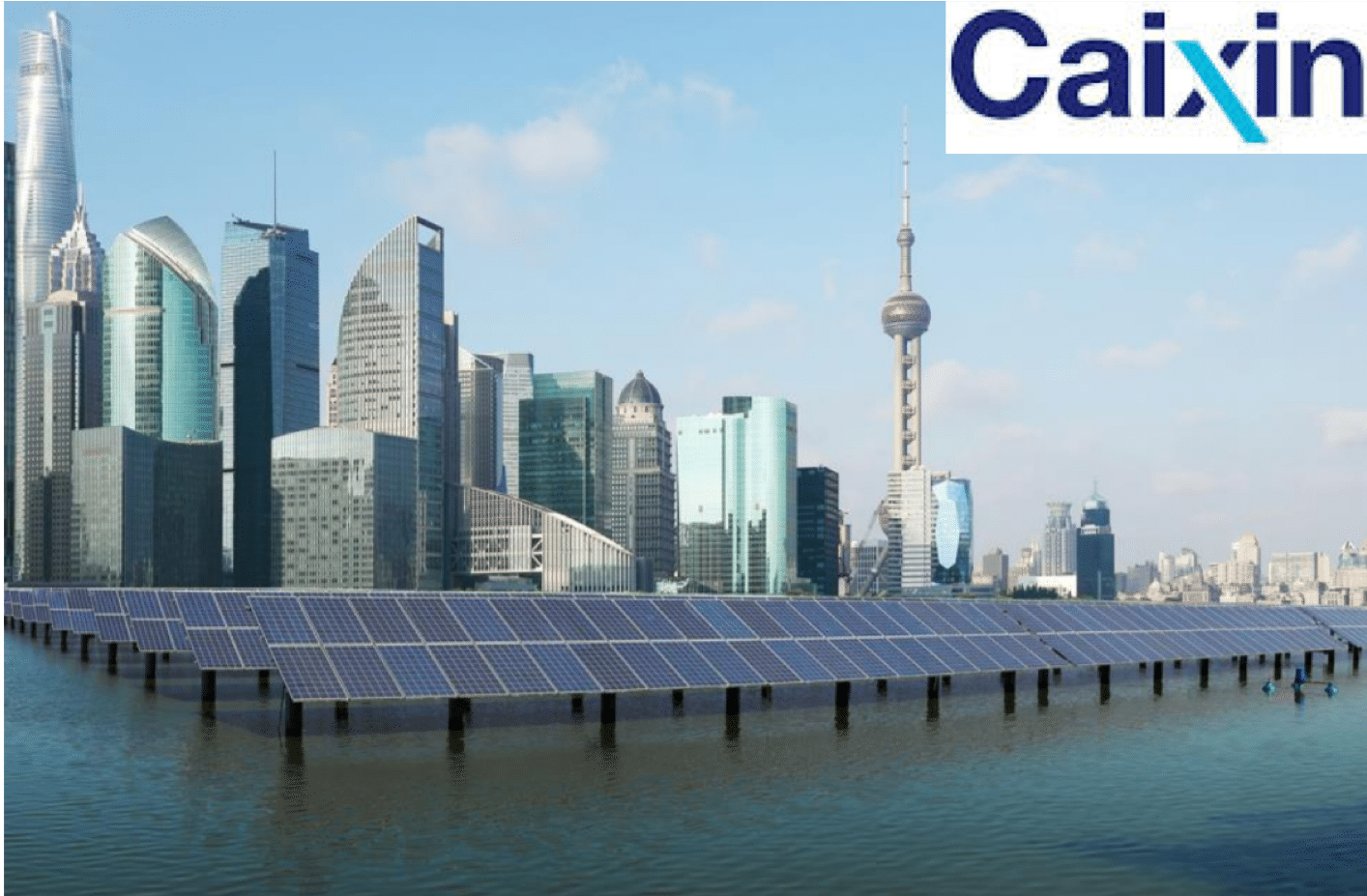 IIGF Opinion in Caixin News: Will 2020 be the year China takes the lead on sustainability

This article was originally posted on the website of the top business school IMD and on Caixin News.

The Chinese New Year is off to an inauspicious start. The spread of the coronavirus has paralyzed large parts of the country and caused chaos on one of the most important dates in the Chinese calendar.

The Chinese government has moved swiftly and strictly to contain the outbreak, but the ongoing crisis is a reminder of the interconnectedness of nations and further highlights that 2020 will be an important year for China and for China’s place in the world.

As China – despite the disruption caused by the virus – celebrates the dawning of a new decade, many people are asking: what will the world’s second largest economy bring to – not to mention take from – the world in the coming months?

Some trends are easier to predict than others. For example, it’s likely that the China-US trade war will continue and that the Belt and Road Initiative (BRI) will continue to receive massive investment from Beijing.

On the other hand, the question of whether China will take the lead in championing sustainability at home and abroad is less easy to answer.

The topic of sustainability and the wider greening of China’s economy will not pass unnoticed in 2020. For example, the number and range of sustainability and environmental conferences and summits planned for 2020 is significant. The largest and most significant global summit on biodiversity, following up on the UN Convention on Biological Diversity, will take place in Yunnan and will be a pivotal global meeting for biodiversity conservation where delegates from 200 countries are expected to agree on the aims for the next decade.

We can therefore expect an increase in awareness and, given the international flavour of many of these gatherings, we are also likely to see increased participation from China in the discussions around sustainability.

The New Year is also likely to usher in a series of new initiatives linked to long-term visions and policies. Sustainability is, after all, part of the BRI and an explicit objective of the Made in China 2020 industrial policy.

How many ‘green’ objectives have been met and what new goals will it set itself? Despite progress on ambitious climate targets (including reducing carbon dioxide emissions, lessening the country’s reliance on coal and raising the share of non-fossil fuel consumption), China will remain on the frontline of climate change for some time. The world’s most populous country emits more greenhouse gases than the US and Europe combined, while half of the world’s coal is burned in its factories and power stations.

The country’s leadership has played a hugely important role in putting in motion changes to domestic policy, and this has gradually introduced a vision of ‘ecological civilisation’, in which conservation of nature guides the continued development of China.

And as a result, large policy initiatives are beginning to take shape.

January 1, 2020, for example, marked the beginning of an historical policy – a 10-year commercial fishing ban for China’s largest river, the Yangtze. China has been heavily criticized for its Three Gorges Project, which led to the forced relocation of millions of citizens. This new fishing ban will – we hope – counteract some of the detrimental effects this project had on fish stocks and biodiversity in the region. The ban will be applied along the entire length of the 6,300km long river, crossing the whole landmass of China. It will, of course, have a huge impact on the lives of hundreds of thousands of fishermen, who will receive financial compensation and free reschooling and reskilling opportunities. It’s a drastic step to conserve China’s biodiversity and to reverse some of the worst effects economic growth and development have had on the country.

Elsewhere in China, we are witnessing collaboration between local authorities, the private sector and civil society in an effort to put the country on the path to a more sustainable future. For example, in the cities of Baoding, Shenzhen and Chongqing – with a combined population of over 60 million inhabitants – WWF China and other civil society organizations are working closely with local government to reduce emissions in the transport sector and in public buildings.

The days of generous subsidies for green development in China are over. In 2019 we saw a decline of government support for electric vehicles, wind power and solar energy installations. The Chinese government hopes that these ‘green’ industries will survive through the implementation of a variety of legislative measures.

For example, Beijing hopes to accelerate green finance (China is already the second largest green bond market) and push for more transparency through the introduction of measures that would require listed companies to disclose their greenhouse gas emissions.

The government will also accelerate the roll-out of the corporate ‘green credit’ system – a part of the much-discussed social credit system evaluating moral and legal behavior of corporations. For selected green activities, the Chinese government will also offer extra funding through the recently announced (and long-promised) National Green Development Fund (NGDF).

The national regulator of China’s financial sector is also working on broadening its scope of green credit to encourage companies to use deforestation-free commodities to promote sustainable trade and development.

At the same time, it is unclear to what extent China’s vision for an ‘ecological civilization’ extends to the BRI, the world’s largest infrastructure project, with total projected investments of US$ 8 trillion until 2049 (current annual investment is around $150 billion).

Infrastructure projects like these – especially one as vast as the BRI – are a major opportunity to realize systemic gains. If executed poorly, however, they could pose a further threat to wildlife, natural habitats and vital food, water and energy supplies.

In 2020, it’s likely that we will see accelerated cooperation between the European Union and China to create a green BRI. In 2019, China hosted 38 heads of state at the Belt and Road Forum, while in 2018 50 African leaders attended the Forum on China-Africa Cooperation (FOCAC). This year, the biggest political and economic gathering for China will be the EU-China Summit in September.

With US-China relations unlikely to thaw anytime soon, both China and the EU have good reason to keep working together. Besides hammering out the details of an EU-China investment deal, the summit will also be an opportunity to accelerate agreements on projects in Third World countries, particularly non-European countries that feature in the BRI. We expect to see strong rhetoric around green investments, but most likely no agreement on the future of coal.

What other trends do we think will emerge – or continue to emerge – from China in the next 12 months?

In our view, China will continue to divide opinions in the West. While some see the Asian giant as an important partner in the fight for open economies and our greatest hope for sustainable development, others view China as a systemic rival trying to redefine the global system on its own terms.

Many in the West continue to focus their criticism on tired arguments, such as China’s unfair market practices, the role of surveillance and the perceived lack of individual freedoms. What this argument overlooks is that while many people in China conceptually admire Western ideals, few people aspire to them.

At the same time, the West will become more divided in its own understanding of its values, such as the importance of the rule of law versus safety, sustainability versus economic growth and multilateralism versus national strength.

China will continue to be a reliable partner in trade, diplomacy, poverty reduction and international safety and security. China will also remain a loyal partner within multilateral institutions, which like the United Nations are increasingly dependent on in-kind and financial contributions from China (China was the largest contributor to the UN in 2019 in terms of soldiers and money). Accordingly, China expects to set the agenda not only for its bilateral relationships through the BRI, but also multilateral ones.

Will China take the lead on sustainability? This remains to be seen, but with so much at stake – we certainly hope so.

Mark Greeven is Chinese-speaking Dutch Professor of Innovation and Strategy at IMD. He has been analyzing and working with innovative Chinese companies and entrepreneurial multinationals since 2004. He has been selected on the 2017 Thinkers50 Radar of 30 next generation business gurus and 2017 Personality of the Year, Benelux Chamber of Commerce.

Rilito is the Deputy Director for Programme at the  WWF,   He is an international manager with experience in strategy development, project management, leadership, and organizational change from private and public sector.