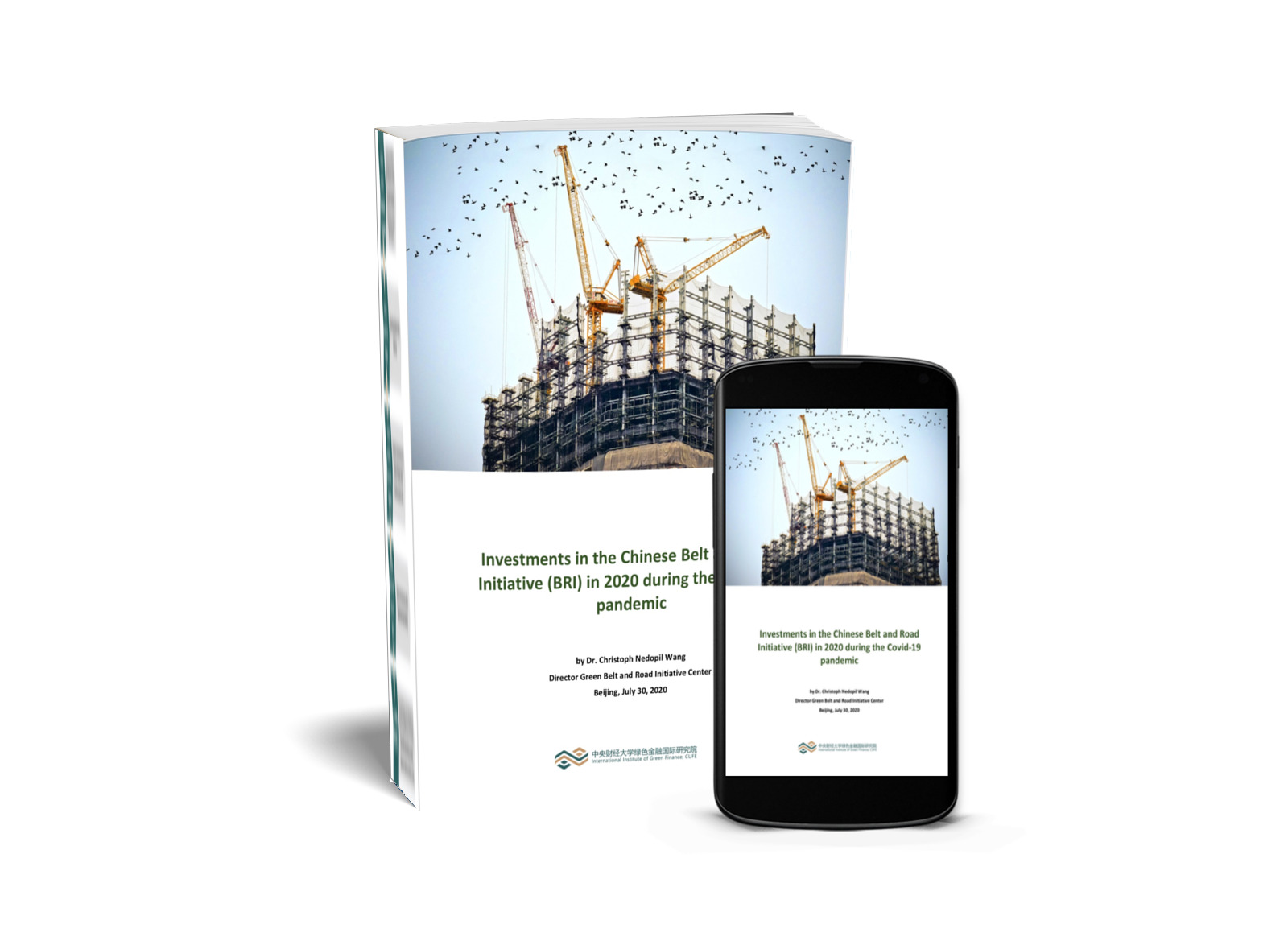 Brief: Investments in the Chinese Belt and Road Initiative (BRI) in 2020 during the Covid-19 pandemic

Graph: Investment in the Belt and Road Initiative (BRI) 2014-2019 within the first six months of each year (top: total BRI investments in million USD; bottom: year-on-year change in %)

Graph: Sectoral investments in the Belt and Road Initiative 2014-2020 within the first six months of each year

The decline in BRI investments was not even across all regions. While West Asia and East Asia saw the sharpest drops in investments, Europe saw slight increases and South America strong increases (from a low level in 2019) in BRI related investments.

Graph: BRI investments 2014-2019 within the first six months of each year by region (top: investments in USD; bottom: year-on-year change)

In Europe, it was the two BRI countries Bosnia and Serbia and in South America it was the BRI country Peru that contributed to an increase in BRI related investments.

Looking at specific investments in these countries, the data shows that transport-related investment, particularly a 780 million USD investment by China Ocean Shipping (COSCO) in Peru’s Chancay port (out of a total of about USD 2 bn investment) and a USD 800 million by Zijin Mining to expand its Serbia portfolio were responsible for the increases of BRI investments in these regions.

The two countries with the highest energy-related investments were (see Figure 6):

Graph: Renewable and non-renewable energy investments in the Belt and Road Initiative (BRI), 2014-2020 within the first six months of each year

“The outlook is highly uncertain. Prospects depend on the duration of the health crisis and on the effectiveness of policies mitigating the pandemic’s economic effects”

Outlook for Belt and Road Investments

The Covid-19 crisis is a risk for all investors. In its report, UNCTAD elaborated on five interrelated issues that could see a further decline in all types of cross-border investments:

Next steps for successful Belt and Road Initiative investments

Disclaimer about the data from the AEI China Investment Tracker

The author, the Green BRI Center or the International Institute of Green Finance have no relation to the American Enterprise Institute and use the data only for analyses.